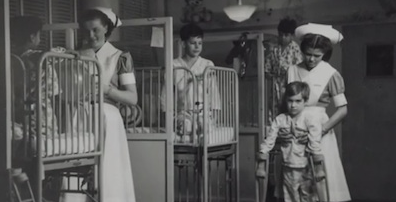 "If you don’t [stop Medicare] and I don’t do it, one of these days you and I are going to spend our sunset years telling our children and our children’s children what it once was like in America when men were free"- Ronald Reagan, 1961

While the current partisan debate over Obamacare seems unprecedentedly polarized, arguments over universal health care have resurfaced over the course of the twentieth century.

Creation of the American Medical Association and Subsequent Bills

During the Depression, Franklin Roosevelt gave precedence to other issues rather than to health insurance. It was never addressed in the Social Security Bill of 1935, and Roosevelt’s conservative Congress immediately defeated the Wagner Act of 1939. However, the Depression did change people’s attitudes toward universal health care as a human right, and Roosevelt did address it in his "economic bill of rights."

During the Cold War, universal health care was again stigmatized due to the "socialized," aspect, alluding to communism. Though Harry Truman and some Congressmen introduced bills adding health care to social security benefits, both the conservative congress and the AMA shut down those attempts. Even so, President Johnson was able to sign Medicare and Medicaid into law in 1965 as part of his Great Society.

As health care costs were rising in the 1990’s, health insurance coverage became a priority as George H.W. Bush passed the unpopular Catastrophic Coverage Act and tried to get rid of Medicare fraud. While Bill Clinton pitched the idea of "managed competition" for health insurance companies, George W. Bush expanded Medicare to prescription drug coverage. The act was voted on entirely by party lines, with Republicans voting in favor. The opposite was true for Obamacare.