The History of the Gun Control Debate

“The Second Amendment to our Constitution is clear. The right of the people to keep and bear Arms shall not be infringed upon. Period.” -Donald Trump 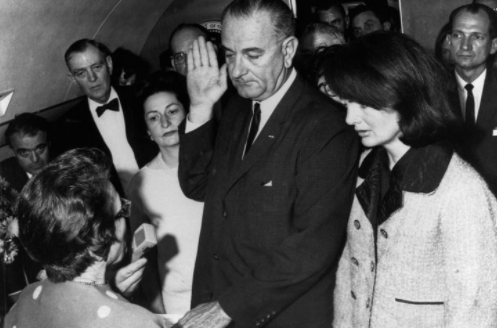 The Second Amendment to the 20th Century

There are differing opinions on why the 2nd Amendment was written, with historical evidence for each of them. Some argue that the founding fathers wrote the Second Amendment so that the American people could protect themselves against tyranny. Others argue that the amendment was written to keep the new government from having to pay to arm the militia. Regardless of one’s view on the Second Amendment, recently, it has been utilized to serve various different elements of the gun control debate.

One of the first gun control measures came in 1968 under President Johnson. After John F. Kennedy was assassinated, there were calls to institute background checks with a focus on mental illness and organized crime. Most of Johnson’s measures stayed in place after his presidency.

Ronald Reagan is an unusual figure for Presidents that have supported the NRA. Although Reagan was open about his gun ownership, he was also a supporter of “common sense” gun laws, both in California as governor and as President. He did not believe that AK-47 rifles should be owned by citizens, and, as such, supported the Brady Bill after the Stockton schoolyard shooting.

Overall, Clinton built off of Reagan’s “common sense,” attitude toward gun ownership. The Brady Bill was finally passed in 1993 as an amendment to Johnson’s 1968 gun control bill. Clinton was an advocate for virtually all of the elements of the bill, including instant background checks to prevent illegal gun says, gun registrations, and an up to 5-day waiting period for handgun purchases. Clinton also wanted licenses and registrations for gun ownership similar to that of cars. In 1994, a ten-year assault weapons ban was instituted. While the effects of it are debated, many people say it was ineffectual considering the many loopholes in the bill. Many people cite the 1998 Arkansas school shooting and the 1999 Columbine school shooting as evidence for why this assault weapons ban did not work.

The biggest issue plaguing President Bush was whether or not to support extending the assault weapons ban in 2004. He essentially left it alone, as the bill did not have much of a chance in Congress. Bush, instead, advocated for harsher prosecution of illegal gun ownership, and believed that “law-abiding” citizens need to be able to protect their families. As such, he supported extending instant background checks to gun shows, raising the age of juvenile ownership of guns, more education on gun safety in the wake of Columbine, and more widespread use of trigger locks. The most Bush did was endorse a law requiring trigger locks for handgun sales, and endorsed outlawing imports of certain ammunitions. He also raised the legal age of purchase for a handgun from 18 to 21.